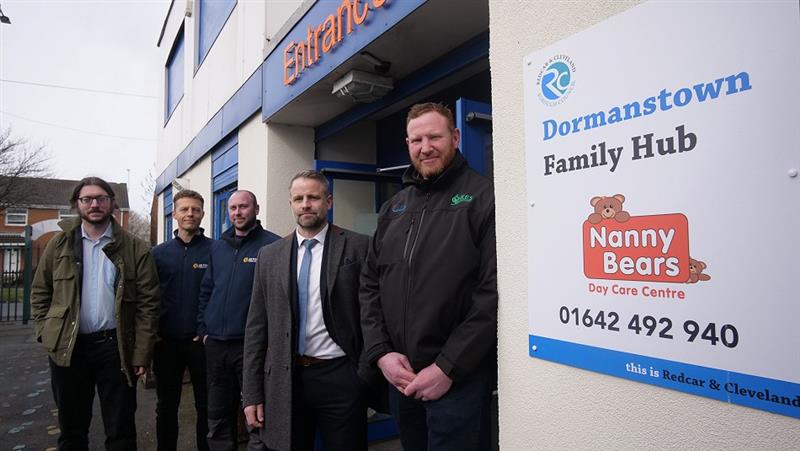 0800 Repair has helped Redcar and Cleveland Council move towards its goal of carbon neutrality with the installation of air source heat pumps in community buildings.

The renewable energy systems have been installed as part of a carbon emissions cutting programme that encompasses five buildings in Normanby, Redcar, Dormanstown, Ormesby, Grangetown and Skelton.

A library, community centre and family centre have been fitted with air source heat pumps to produce heating from renewable energy. As part of the wider project managed by Decerna, previously known as Narec Distributed Energy, the buildings also feature solar PV panels.

As part of the project, which was funded through Phase 1 of the government’s Public Sector Decarbonisation Scheme, North East-based 0800 Repair has created an efficient hybrid system in which the existing gas heating system is used alongside the air source heat pumps.

The two systems work in tandem with the existing gas boilers used to top up the heat generated by the heat pumps. This approach provides an element of future proofing with the heat pump infrastructure in place ready for when the boilers are removed.

These installations are the latest in a series of renewable energy projects delivered by 0800 Repair across the North of England.